From retro arcade games to high-tech videogaming systems, family fun centers are the ultimate place to host a birthday party. We’ve found the best venues that offer parties for kids and teens.

A Timeline of Video Games

When we think of old-school video games, we typically think of PacMan and Space Invaders. The first “true” video game by modern standards was the Magnavox Odyssey, which was created in 1967 by an engineer. Shortly after, Pong and other titles followed suit.

However, interactive video games extend much further back in history.

According to the National Museum of Play, the first interactive computer system was created for the 1940 World’s Fair. It was modeled after the real-life game of Nim, in which players try to avoid picking up the last item. In this version, participants played against the computer, which would win at least 90% of the time.

In 1950, Claude Shannon and the famous Alan Turing created the first automated chess programs. Artificial intelligence had officially made its debut.

In 1952, researcher A. S. Douglass brings tic-tac-toe, a schoolyard favorite, to the computer. Researchers at Los Alamos were able to code a program to play blackjack on an IBM-701 computer.

Kids today are fascinated with first-person shooter games like Call of Duty and Gears of War. In 1955, the military designed the first warlike game of its kind, called Hutspiel. In this game, red and blue players simulated battle between NATO and the USSR.

In 1958, scientist Willy HiginBotham creates a virtual tennis game on an analog computer and oscilloscope. This is the first iteration of the game Pong.

Sports videogames like the Madden series are incredibly popular, and they have programmer John Burgeson to thank. He and his brother Paul created the first baseball simulated computer game in 1961.

A year later in 1962, MIT student Steve Russell invented Spacewar! The first computer-based videogame. Over the following years, other players were able to access this game on other computers throughout the country.

Now that you've learned just how far video games have come, you'll be able to appreciate playing your Xbox or visiting the local family fun center a little more.

To find arcades in your area for birthday parties and other events, click here to choose your state. 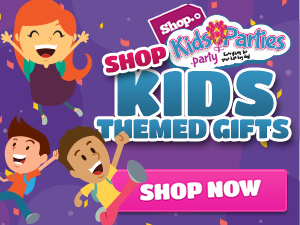